The library’s history closely follows the fortunes of the University. And like Trinity, the library has adapted with each stage of growth. Here’s a very short history of the collection at each of Trinity’s campuses.

The library collection started with 250 books from the personal collection of the first president Rev. William E. Beeson. The general library was housed in the administration building. Books could not be checked out but you could reserve them for the day. The Young Men’s Christian Association (YMCA) provided popular books and magazines. The collection was supplemented by departmental libraries. Literary Societies played a large part in student life and many had their own libraries as well. Despite the multiple libraries, the collection did not meet academic standards and annual requests called for more money and a paid librarian. 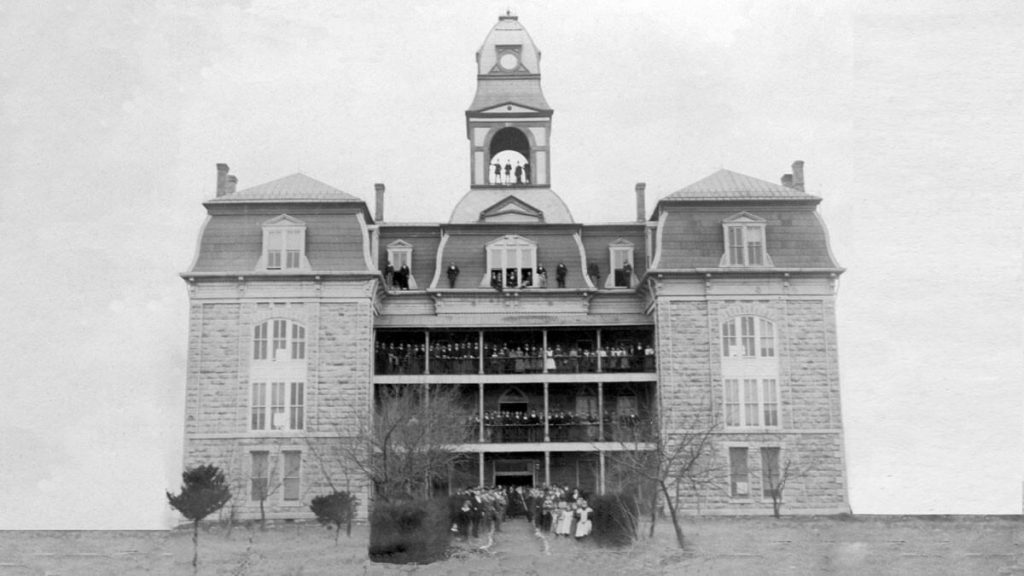 Waxahachie (1902-1942)
Woefully Inadequate to Most Efficient

The word “inadequate” was used year after year in the course bulletin to describe the library except for some years when “woefully inadequate” was used. Students were encouraged to use the new Sims Public Library in town for their scholarly needs. Various professors oversaw the collection through the years with the assistance of Trinity’s earliest student workers otherwise known as “students on scholarship.” For many years it was the library’s goal to buy 100 books a year and it frequently fell short.

Everything changed when the administration made the decision to direct more funding to the library in 1918. Book orders increased and Mrs. Theresa Simms, wife of Professor Dr. Thomas Simms, was engaged as a full-time librarian. The following year the course bulletin boasted of the size of the expanded collection and the Mirage declared the library the most efficient of any in the state. 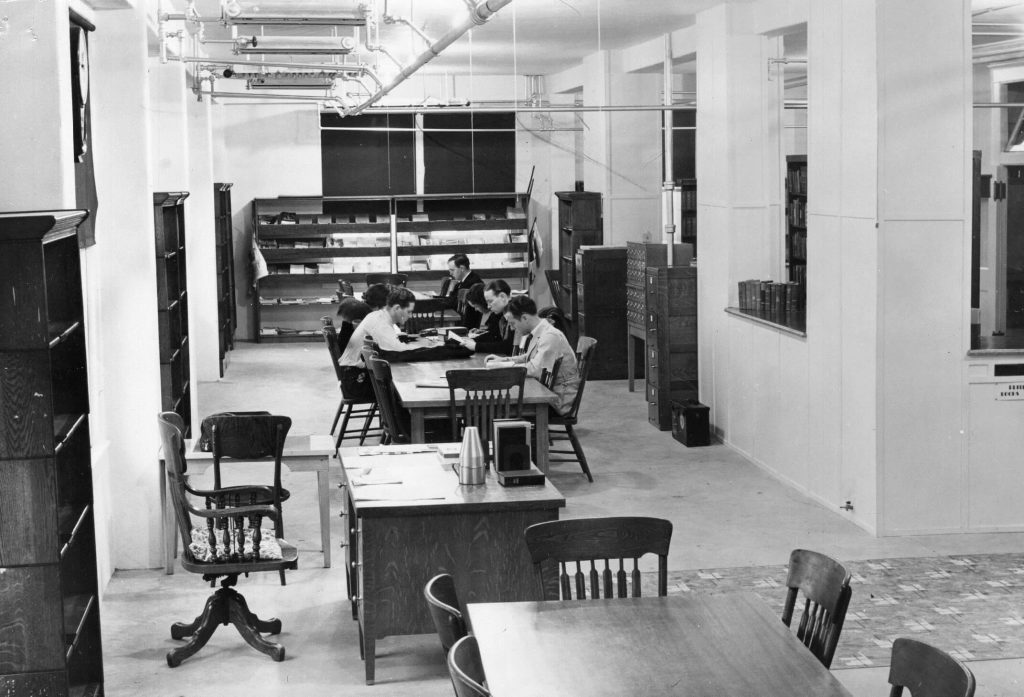 It took 13 moving vans over the course of a month to move the library from Waxahachie to San Antonio. The majority of the library’s 30,000 book collection was housed on the first floor of the main building. The science and religion books were stored in other parts of the building and only available by telephone request. It was not until the Quonset hut was erected in 1947 that the entire collection was reunited in the same area. The hut also increased the amount of seating from 50 to 200. 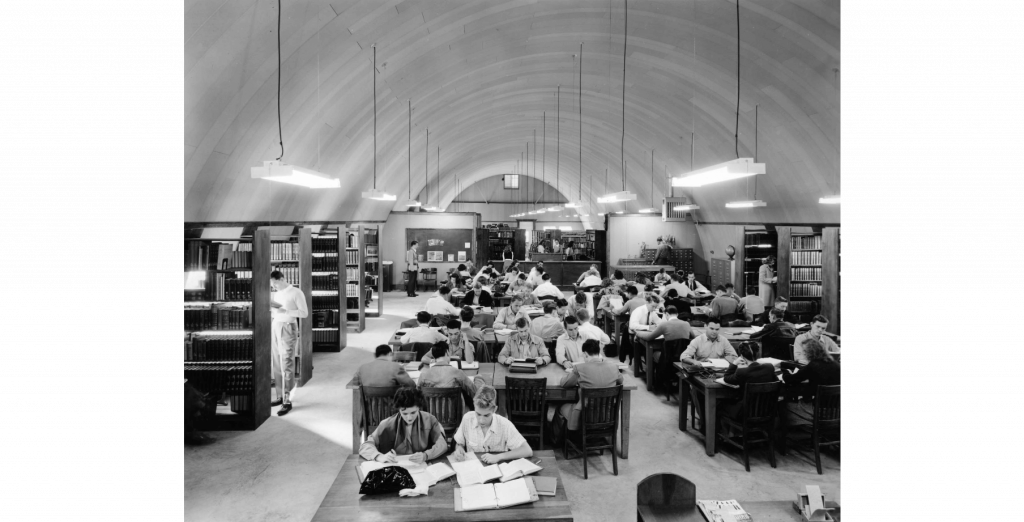 The library was one of the first four buildings on campus and the only one to have an elevator. Modeled after a sketch by Mrs. Simms of a Harvard branch library that she had visited, the library is a classic example of O’Neil Ford’s lift slab construction. For a short period of time, the 60,000 book collection was all under one roof. The library boasted an indoor ivy wall, a formal living room setting that students were discouraged from using and a makeshift altar. Graduate level titles were moved to the Great Hall once the Chapman Graduate Center was built. 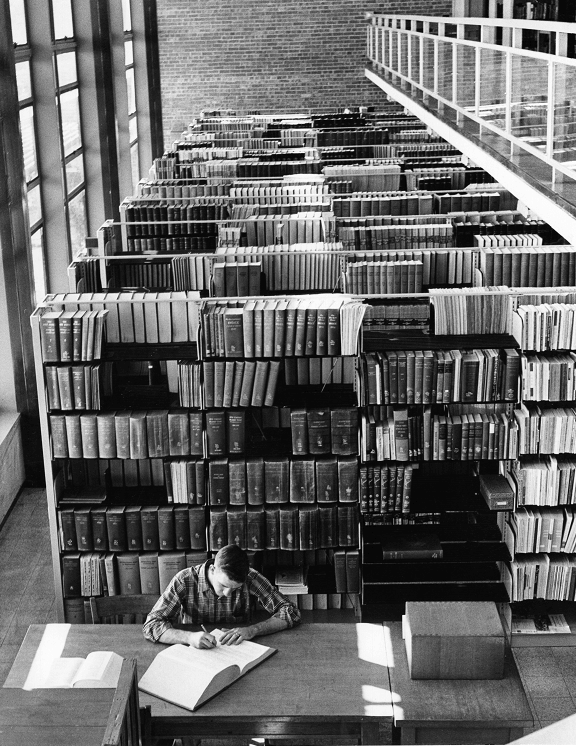 Elizabeth Huth Coates Maddux Library was the last campus building overseen by O’Neil Ford. Maddux was dropped from the name in 2000 at Mrs. Maddux’s request (Immediately creating Coates Student Center-Coates Library confusion). The building consisted of only the 3rd and 4th floors when it opened in 1979. The 2nd floor was completed in 1983 and the 1st floor was added in 1997.

Coates had a major renovation in 2002 when the Information Commons was created on the 3rd floor adding over 80 computers to the library. Thanks to a generous donation from Elizabeth Huth Coates Maddux, the library was buying an average of 479 books a week in the late 1980’s. At one point the collection reached one million books.

Today, the number of books, journals and data available through our online resources is almost immeasurable. In the next 150 years, library space and use will continue to evolve, as the library and the University find ways to best meet the information needs of students. 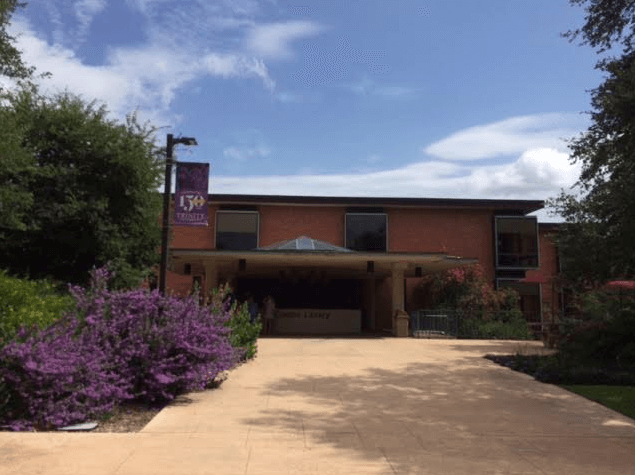 If you get a chance, stop by the lobby to see photos and artifacts from the library’s first 150 years on display until the end of the year.