Legends of the Library: Restless, Roaming, Rattling, and Reading

Author’s note:  The library has suffered very, very few unexplained power outages during my 17 years of employment here.  No lie, one of these occurred when I started writing the section on the construction of the first floor.

In the photo below, just beyond that horizontal railing is a small ladder that leads down somewhere deep below the library’s first floor.

Would you venture into that unlit void? 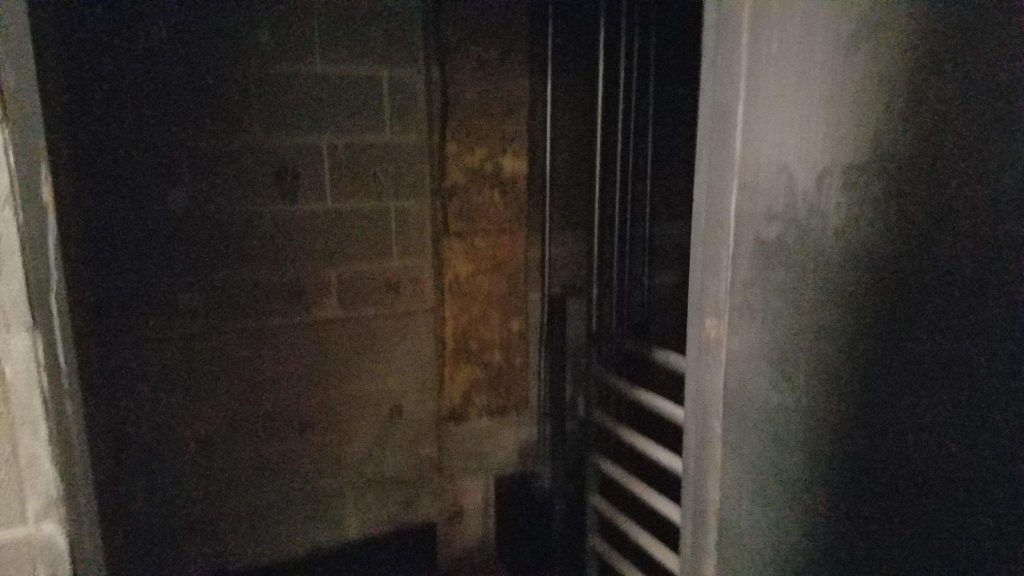 If your response is “NOPE. NOPE NOPE NOPE NOPE NOPE”, you’re in good company. Even most staff of Coates Library want nothing to do with the deep and blackened bowels of the building. Most ignore or nervously discount the creepy oral legends that this library has drawn into its orbit during its 40-year history. So if you’re not brave (or foolish) enough to go crawling through those dark passages in real life (not that we’d let you do that anyway!), perhaps instead you’ll enjoy crawling through the following unsettling library legends…

Wait, how could a room possibly be “secret”? Why would anyone keep a room secret? Do they exist or don’t they? And if they do, what’s inside? How would someone find and access them? How many are there? Were they built as bomb shelters perhaps, during the Cold War of the 1980s? Rumors of hidden rooms in the library have circulated among the student body for many years now. Maybe former library student workers know something they’re not telling? 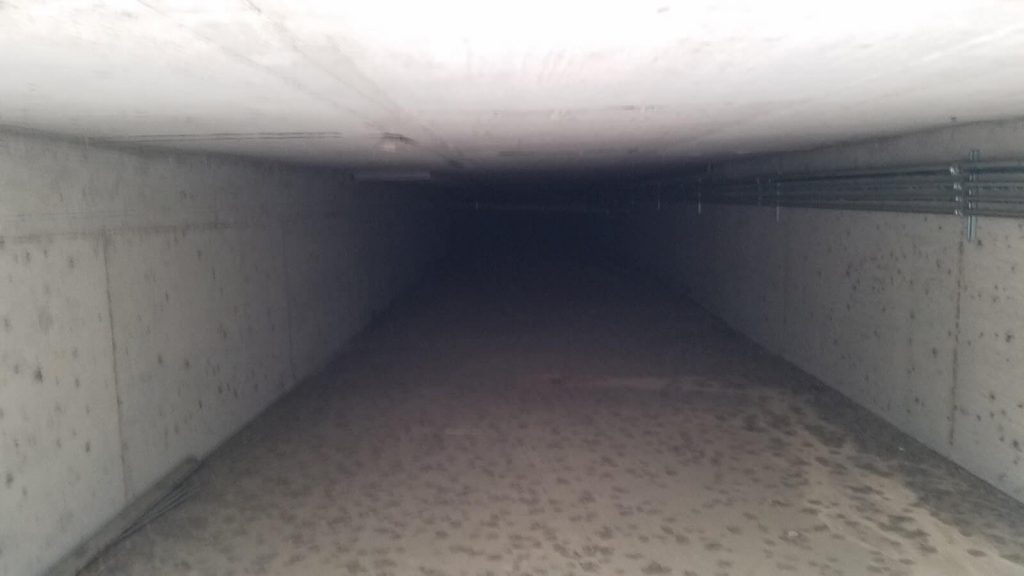 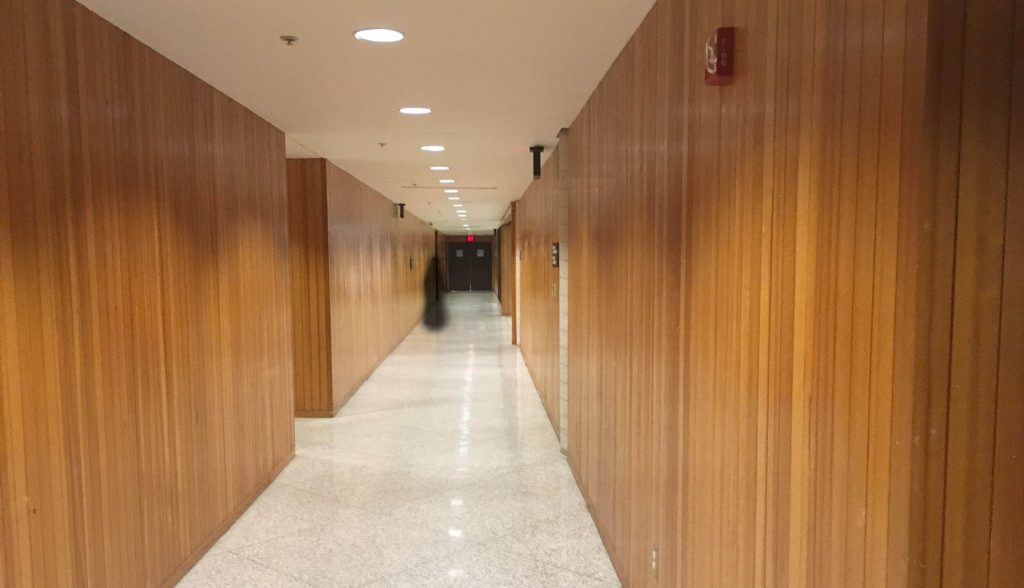 A vague apparition of a female figure has sometimes been seen on the first floor by housekeeping crew at times when no one else would be in the building. According to these accounts, the Dark Lady moves silently, passes through locked doors and disappears around corners with impossible swiftness. “Come on now, don’t be ridiculous,” I’m sure you’re thinking, “A straight-up ghost story?” Well, I tend to agree. But these appearances were taken very, very seriously by those who witnessed them. In fact the first two housekeeping employees to ever report seeing the Dark Lady chose to leave their positions at Trinity very soon thereafter. 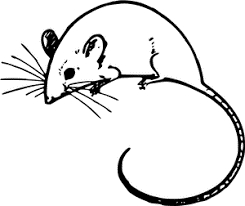 No, not the small furry variety; all big buildings have their share of those and there’s nothing legendary about it. No, this is way creepier. Here’s the true story: About 5 years ago I was working at the circulation desk when a student came up holding a book on cryptography that she had just pulled off the shelf. Inside it she had found a weird old bookmark of sorts, plain, apart from a black-and-white clip art image of a mouse, very similar to the one above, and a long series of random letters, clustered into pairs, something like EF GQ FS TT UR, etc. I was kind of like, “Heh. That’s weird.” I didn’t think much of it, but asked the student to touch base with me when she returned the book because my curiosity was piqued and I wanted a second glance at the bookmark. (In retrospect I should have just taken a photo, on the spot.) I’m sure it was just some kind of joke…you know, a fun cipher someone put in that book for some amateur cryptographer to find, but that student never came back to talk to me. In fact I don’t recall seeing her at all in the library again after that, so I have no idea where “The Mouse” led her…

On the library’s first floor (seriously, what is it about the first floor?? more on that in a moment), there’s a set of double doors numbered “114” that randomly rattle and sometimes shake violently with no one around. This isn’t just a weird rumor or silly ghost story; I can attest to it personally. And believe me, this can be unnerving when you’re alone in the building at night and closing up shop. I could investigate, but not even my “master” key will open that door anymore.

The first thing you have to know about the library in general is that it was built back in 1979 on a part of campus that had once been a city dump during the late 19th and early 20th centuries. For real, a late 19th century dump! Artifacts from that period are often found on the walking trail between the library and Laurie Auditorium. Here are a few items from the holdings of Trey Dunn (Tiger Card Office) who has made a hobby of collecting these:

What else–or who else–might have been dumped there in the decades before Trinity arrived in 1942? I dunno, and frankly I’d rather not think too much about it. The walking trail beside Laurie probably has more “artifacts” than we care to know about.

Interestingly, the library originally only had three floors. It was the first floor that was added later, in 1997. 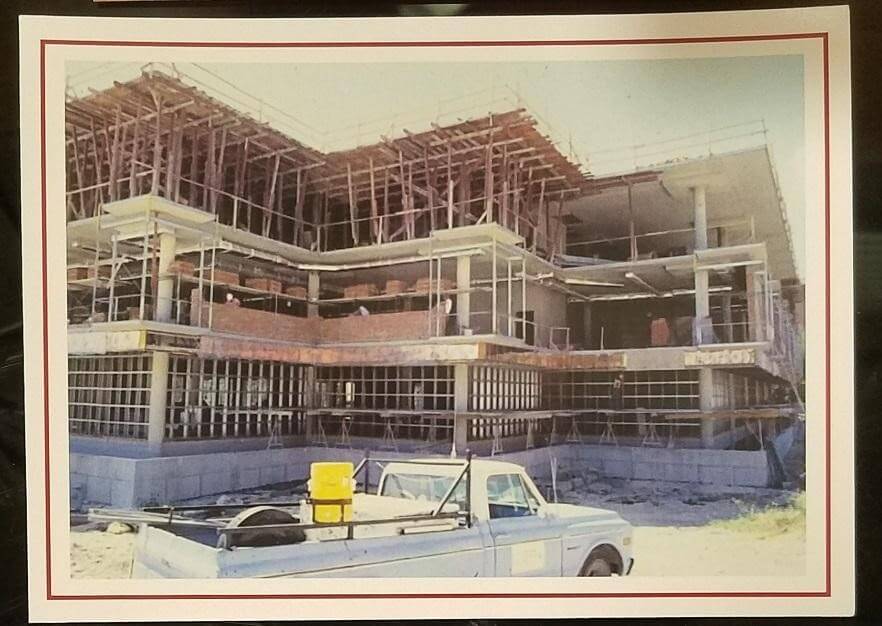 Construction of the original three floors, circa 1978

Only one year later, in 1998, San Antonio suffered a massive flood that killed 31 people. The first floor was partially inundated with that muddy water, and traces of that horrible event are still visible in fire stairwells, closets, and the HVAC room, in the form of reddish dirt lining the floor. 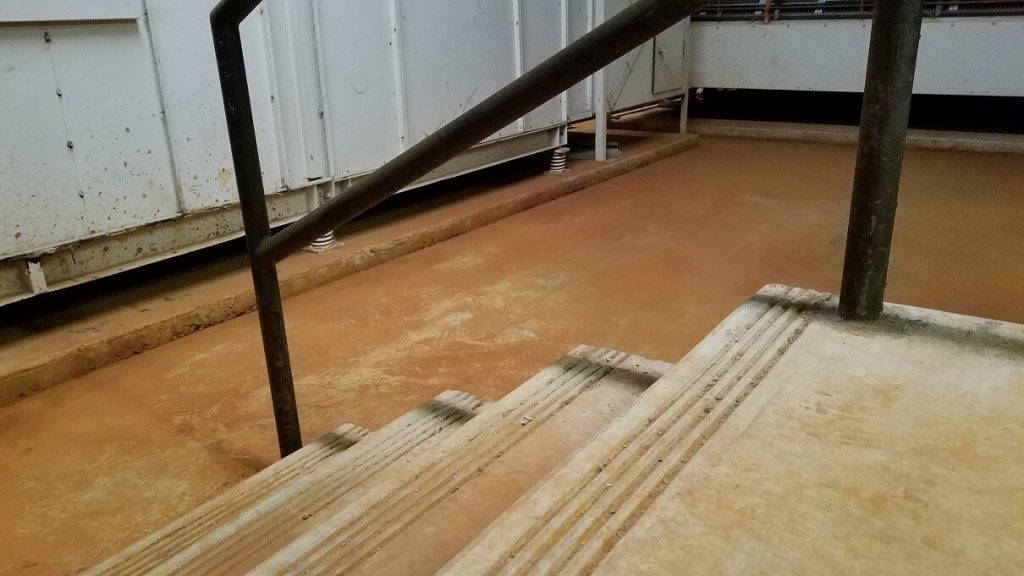 Maybe the first floor carried bad vibes from the start.

So, yeahhh… Unfortunately for you if you’re an arachnophobe, this one is totally confirmed. They live out near the loading dock and sometimes make their way inside. Pretty much harmless though. Kinda cute if you ask me. 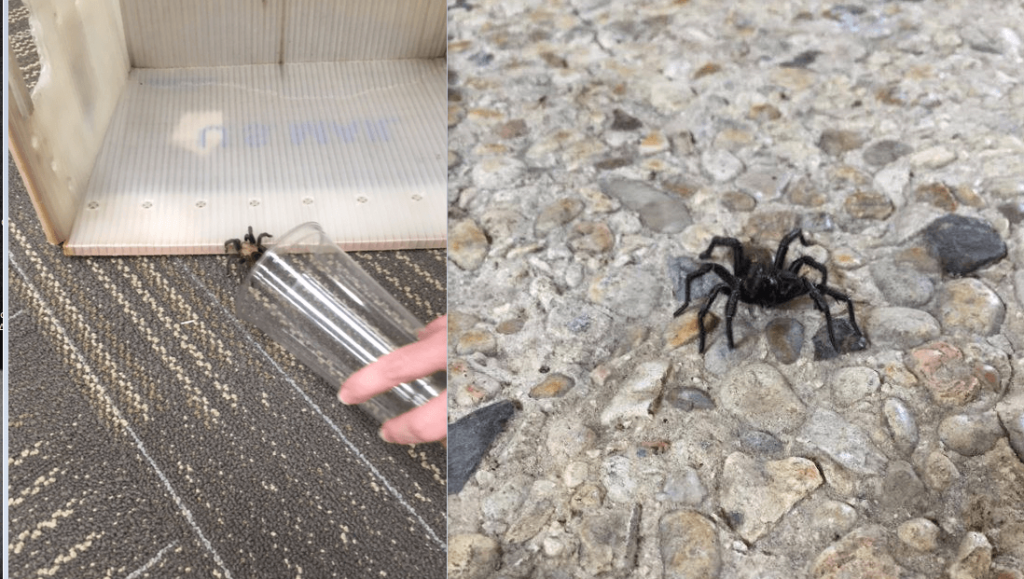 So there you have it. Some of the creepiest library legends that have developed here over time. Have fun studying, ha ha ha ha!